Switzerland has one of the most developed economies in the world and the most stable economic systems. The rate of economic growth of the country is traditionally more stable and moderate in comparison with the average European rate of economic growth. It is less dependent on the economic situation since the production of durable products and services dominates in the country. The policy of long-term monetary maintenance and banking secrecy made Switzerland a place where investors are more confident in the security of their funds. However, as a result, the country’s economy has become increasingly dependent on a constant flow of foreign investment. Nevertheless, the country continues flourishing and attracting foreigners although facing some fluctuations of the economy. Thus, the paper explores different macroeconomic indicators of Switzerland including GDP, unemployment, inflation, etc., as well as analyzes six debates over macroeconomic policy and open economy macroeconomics to analyze and better understand the peculiar characteristics of the macroeconomic condition and Switzerland’s policy.

The best way to measure a nation’s income is to evaluate its GDP. Gross domestic product is a measure of aggregate income in a nation over a period of time, usually one year (Mankiw, 2010). It also helps to determine whether economy is flourishing or not. GDP is calculated by adding the value of output produced by all means of production in the country without taking into account the value of output produced outside the country (Mankiw, 2010).

Thus, in 2015, the GDP of Switzerland was $482.3 billion being the fortieth place in the world (Central Intelligence Agency, 2016). However, it tells itself a little. Despite the fact the Swiss economy is one of the most developed in the world and the country has one of the highest standards of living, the GDP of India or Nigeria is much higher because there is a bigger population (Central Intelligence Agency, 2016). To estimate the nation’s income and the economy growth, there must be used a real GDP because it measures value based on output or per capita GDP. Thus, in 2015, the Swiss per capita GDP was $58,600 that put the country on the sixteenth place in the world (Central Intelligence Agency, 2016). However, it sees a reduction due to the lower government expenditures and strong appreciation of the Swiss franc. In 2014, the per capita GDP of Switzerland was $58,800. Besides, the GDP real growth rate is only 0.9% that is the 178th place in the world; in 2014, the GDP real growth rate was 1.9% (“Switzerland. Economic Indicators,” n.d.).

The government spending on the purchases consists of expenses on schools, universities, army, roads, state apparatus of governance, etc. (transfer payments such as government spending on pensions, social security payments to various individuals are the exceptions) (“Switzerland. Economic Indicators,” n.d.). In 2015, the government expenditure in Switzerland consisted 11.1% (International Monetary Fund, 2016). However, in 2016, it has significantly declined as it was previously told; actually, it contracted by 0.8% from a 1.2% growth in the last quarter of 2015 (“Switzerland. Economic Indicators,” n.d.).

The net exports of goods and services are calculated as the difference between exports and imports (“Switzerland. Economic Indicators,” n.d.). In 2015, net exports of Switzerland consisted of 11.6% of GDP that indicates the trade surplus (International Monetary Fund, 2016). In 2016, the exports of goods increased by 2.1% from 3.2% in the fourth quarter mainly due to the precision instruments, watches, jewelry heading, chemicals, pharmaceuticals and metals as well as machinery and electronics. The imports show decline rising only 0.4% in comparison to 5.2% in the fourth quarter (“Switzerland. Economic Indicators,” n.d.).

Measuring the Cost of Living

The cost of living depends on product prices. The commonly used tool to measure the level of prices is the consumer price index. It is determined by computing the price of a basket of goods and services purchased by a typical consumer comparing to some base year (Farnham, 2014). Thus, Switzerland is one of the most expensive countries in the world with Zurich and Geneva being the most expensive cities globally. Thus, in July 2016, the CPI in Switzerland was 100.26 index points. However, it has declined in comparison to the previous month that accounted for 100.71 index points. In January 2016, the Swiss CPI was 96.9 index points. The highest CPI was 100.77 index points and the lowest – 20.60 (“Switzerland. Economic Indicators,” n.d.).

There is another measure of the cost of living. It is a GDP deflator. It is the ratio of nominal GDP to real GDP. In July 2016, the GDP deflator in Switzerland was 97.50 index points as compared to the 97.60 index points in the previous month (“Switzerland. Economic Indicators,” n.d.).

Join us today and start earning a comission!

Get 10% from your friends’ orders

Additionally, there is a high rate of investments in Switzerland. Thus, in 2015, the stock of direct foreign investment at home accounted for $1.136 trillion compared to the $1.107 trillion in 2014 that is the 8th place in the world. In 2015, the stock of direct foreign investment abroad accounted for $1.487 trillion in comparison to the $1.464 trillion in the same period in the previous year that is 7th place in the world (Central Intelligence Agency, 2016). The major factors here are investments in the construction; the investments in the production do not bring any positive activity with the zero growth rate (“Switzerland. Economic Indicators,” n.d.).

However, the Swiss labor market is not as cloudless as it may seem. Since the beginning of the economic crisis, more jobs have been created, but this progress is concentrated in certain sectors of the economy. Trends over the last 20 years are as follows: 250 thousand jobs were created in the field of health, education, and public service while the number of workers employed in the industry decreased by 100 thousand people (“Switzerland. Economic Indicators,” n.d.).

One of the reasons of unemployment is inflation. The inflation rate measures how fast prices are rising. It also determines the economy development. The major reason of the inflation is the growth in the money supply; when the government prints money to finance expenditures, it increases the money supply (Mankiw, 2010). Inflation negatively influences the economy and makes population poorer. It distorts the inflation tax on the amount of money people hold, induces firms to change their posted prices more often, can alter individuals’ tax liability often in ways that lawmakers did not intend, creates inconvenience of living in a world with a changing price level, arbitrarily redistributes wealth among individuals, and hurts individuals on fixed pensions. However, some economists argue that a moderate inflation of 2-3% can be beneficial as the cuts in nominal wages become rare (Mankiw, 2010).

Switzerland is the country with low inflation rate. In 2015, the inflation rate in Switzerland was -1.1% which is the 10th place in the world and shows that the prices are even falling and there is a deflation (Central Intelligence Agency, 2016). In comparison, in 2014, this rate was 0%. In June 2016, the decline accounted for 0.2%. The highest decline is seen in transport prices (“Switzerland. Economic Indicators,” n.d.).

Aggregate demand is the relationship between the quantity of output the people want to buy and the aggregate price level (Mankiw, 2010). The deflation in Switzerland has led to the falling demand. The Swiss fiscal policy aimed at refraining economic growth and making franc stronger that has contributed to the law aggregate demand. Thus, the strong franc made imports more attractive to Switzerland, and Swiss products less attractive to foreigners who actually buy approximately 50% of Switzerland’s output. This lowers the aggregate demand for Swiss goods and forces Swiss firms to cut the number of workers and reduce their costs and prices in order to adjust to the falling demand. It all leads the Swiss economy to the demand deficient recession (International Monetary Fund, 2015). 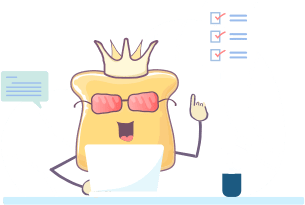 International and Balance of Payment Issues

Generally, the economy is unstable. In its turn, the Swiss economy being one of the most developed in the world is not the exception constantly experiencing big and small fluctuations. The government should employ an efficient macroeconomic policy to stabilize the economy. There exist six debates over macroeconomic policy. The issues raised concern policymakers should try to stabilize the economy; whether the government should manage recessions with spending hikes or tax cuts. It is disputable whether monetary policy should be set by rule or discretion and if the Central Bank aims for zero inflation. It is also discussed if the government should balance its budget and if the tax laws must be reformed to encourage saving (Mankiw, 2010).

Thus, in the case of Switzerland, policymakers should try to stabilize the economy in order to reduce the fluctuations and lean against the wind. Additionally, the Swiss government should fight recessions with tax cuts because it will help to increase the aggregate demand with incentives, which is currently a significant problem in Switzerland. Moreover, the monetary policy should be made by rule because allowing Central Bank’s discretion could do great harm if they are incompetent. Such a situation has happened with franc due to the Swiss Central Bank issues. Additionally, in case of Swiss deflation, the Central Bank should aim for zero inflation to reduce the unemployment and prevent investment falls. The government should also not balance the budget because the burden of government’s debt is exaggerated and cutting the deficit could do more harm than good. Finally, even though saving may not be particularly sensitive to the interest rate, the tax laws should be reformed to encourage savings because the low and double taxation is not fair; thus, the consumption (income minus savings) can be very attractive.

Open economy macroeconomics is a branch that deals with the relationships between the national economies. The Swiss economy is an open one because it sells products and services abroad, buys goods and services from abroad as well as borrows and lends in the world financial markets. The key macroeconomic difference of Switzerland as an open economy is that Switzerland’s spending is not equal to its production. The net exports are positive, thus output exceeds domestic spending, and Switzerland exports the difference (Mankiw, 2010). Besides, in Switzerland as in an open economy, financial markets and goods markets are closely related. The Switzerland is a net lender in the world financial markets and exports more goods than imports (Mankiw, 2010).

In conclusion, Switzerland has one of the highest GDPs per capita in the world, the high cost of living, and sufficient wellbeing of the citizens. There is one of the highest rates of gross national saving and investments, a low rate of unemployment and deflation. However, in Switzerland, the first half of 2015 was marked by a near-zero economic growth. Additionally, the commodity exports indicators marked a negative trend against the background of weak demand in the international trade due to the strengthening of the Swiss franc in mid-January. In this regard, the trade balance figures of some months of the first half of 2015 showed a negative result.