Sexually transmitted diseases are spread all over the world. Their nature is asymptomatic, and individuals who have them rarely visit doctors. Not only do the venereal diseases destroy the body from the inside, but they also have a tendency to become chronic. In the latter case it is quite difficult to treat them. Untreated or insufficiently treated sexually transmitted diseases are dangerous due to a number of complications. Modern medicine identifies STDs as infectious diseases which are transmitted from person to person through sexual contact, affect genitals, and entire body. Symptoms of sexually transmitted illnesses are extensive, and only a qualified medical professional can properly address them. The current paper seeks to examine historical perspectives on STDs, importance of documented healthcare disparities, formalized regulatory guidelines, moral, legal, and ethical issues in global healthcare for STDs, burden of chronic care related to the disease, healthcare productivity, and economic costs.

Historical Perspectives on STDs for Global Health Learning in Nursing

Throughout the twentieth century, the mass media, physicians, educators, and reformers have shared their concerns about venereal diseases with young people. The main purpose was to increase public awareness of bacterial infections that anyone can contract during sexual contact. At that time, almost no attention was paid to the non-sexually active children, which were unprotected from sexual abusers at their homes. In the course of time, physicians changed their views concerning the females’ contraction of infection. Since the late 19th century to the mid-20th century, healthcare providers did not rely heavily on research (Culyer, 2014). Instead, they changed their views based on the assumptions about sexual abuses. In the distant past, gonorrhea and syphilis were the main venereal diseases that had no cure. In the 1940s, researchers discovered penicillin (Culyer, 2014). Antibiotics helped to treat syphilis in the USA. Moreover, physicians discovered new venereal diseases and started promoting global health learning in nursing. Twenty-five STDs have been recently identified, and over fifteen million individuals become infected with at least one (Hoeger & Hoeger, 2013). It has also been estimated that sixty-five million Americans are currently infected with genital herpes and HIV.

Sexually transmitted diseases have a long history. Healthcare providers recorded major epidemics in Europe in the fifteenth century (Kumar & Gupta, 2012). It was widely believed that only adults, not young people, could contract the infection. However, it was a  delusion. The growth of cities and immigration flow only enhanced concerns about people’s sexual behaviors. Due to the spread of venereal diseases, children got warnings and advice on how to behave themselves in particular situations. Since the nineteenth century, physicians have urged children to avoid premarital sexual activity thereby protecting themselves from infections (Culyer, 2014). In the 1960s, the emergence of new venereal diseases and changed views on adolescent sexuality, preferences, and habits redefined this medical issue.

The Centers for Disease Control and Prevention in collaboration with knowledgeable professionals have developed regulatory guidelines for treating individuals with STDs and preventing others from contracting infections. Updated regulations focus on alternative treatment options for venereal diseases, counseling messages, valuable vaccine recommendations, management of transgender patients, and annual testing and retesting of vulnerable groups. Healthcare providers can freely use these guidelines and regulations to prevent and treat the STDs. Safety and health codes and laws also play a crucial role, too, as they help to ensure high-quality medical care and timely provision of public health services (Schneider, 2011). The Public Health Department, the Department of Health Care Services, and local divisions develop formalized regulatory guidelines focusing on licensing, control, health insurance, and various treatment programs as well. Legislators distinguish family, civil, educational, penal, and evidence codes.

Moral, Legal, and Ethical Issues in Global Healthcare for STDs

Many physicians regard abstinence as the best way to avoid venereal diseases. However, not all people consider it a realistic option. Good judgment and ethical sense can also serve as an ideal defense against STDs. Despite numerous arguments concerning ethics and personal responsibility, many teenagers and adult people do not change their behavior, attitude, and habits, as well as adhere to ethical and rational principles in their own actions. They are not concerned with public calls and clinicians’ recommendations. However, there is still a great necessity to instill ethical values and teach young people to make adequate and well-considered decisions. The effective protection does not mean refraining from sexual intercourse and prohibiting teenagers to have it. They will still go their own way.

The best option is to increase their awareness of safety, risks, effectiveness of treatment, and protection through formalized regulatory guidelines. Young people also have a right to informed consent (agreement to share information and report about their conditions). In this case, a person decides whether to undergo the treatment or not. The right to confidentiality is granted as well. From a legal perspective, an individual is not obliged to tell a partner about having an infection. No state and federal laws to address this issue have been developed yet. Laws on this point vary from state to state. Debates concerning criminal, civil, responsibility for not reporting STDs continue.

Sexually transmitted infections profoundly affect reproductive and sexual health in many countries. Venereal diseases have a profound impact on all individuals regardless of religion, economic situation, culture, and race. Every person engaged in sexual activity is at a high risk of contracting an infection. Kuman and Gupta (2012) mention that sexually transmitted diseases are widespread in both developed and developing countries. Due to Americans’ frequent trips, the epidemic has affected the USA as well. Sexual intercourse with different partners significantly increases the likelihood of contracting the infection. Despite public awareness and preventive measures, burden of chronic care related to STDs is still high. Nowadays, a healthy person can contract the infection from a sick person in a matter of days and hours. The number of chronic illnesses significantly increases in the U.S. low-income and minority populations. Holtz (2016) believes that a multidisciplinary team of public health and primary care providers can adequately manage chronic diseases. Yet, it is still unknown whether or not staffing of such teams will be implemented to alleviate the burden of STDs. However, the creation of interdisciplinary workforce is crucial to help infected people competently.

Despite the fact that workplace promotes STDs prevention and benefits medical personnel, not all specialists consider themselves being obliged to support STDs education. Despite this, time spent on developing health programs and undertaken radical but well-thought actions can save money and further efforts. The top management is not always concerned about their employees’ health protection. As the STDs epidemic adversely affects communities and economy, healthcare productivity is undermined (Nolte & McKee, 2008). STDs strike the workplace and increase economic costs. As a result, efficiency is lost, and costs increase. Therefore, the development of comprehensive anti-STD programs that will safeguard the patients’ rights and ensure the timely provision of compassionate treatment is crucial. The rate of morbidity and mortality among infected people is still high. For this purpose, healthcare productivity has to be increased through the involvement of professional personnel.

Get order
prepared by
top 10 writers

Get a full
PDF Plagiarism
Report 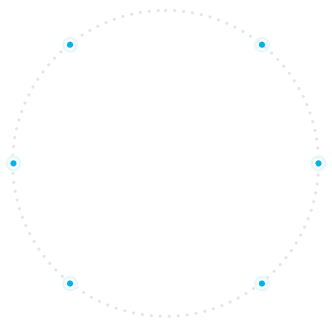 Get order
proofread
by editor

The burden of chronic care related to STDs is still significant despite the success of health promotion and abstinence programs. If the issue remains unresolved and the stigmatization persists, healthcare productivity will be undermined, and the government will incur additional economic costs. Most people prefer not to share their status with clinicians and public because of shame, and consequently they do not treat the disease either. This principle indicates that patients are autonomous agents, who make independent health decisions and bear the responsibility for them. If a person does not consent, medical procedure or testing is not performed. Disparities related to location, age, status, sexual orientation, and ethnicity only enhance burden of STDs throughout the world.

Postnatal Depression Therapeutic Interventions for Anger
Get your price