In the 14th and 15th centuries, John of Plano Carpini, Marco Polo, and William of Rubruck were the most eminent travelers of that time. Their routes and modes were almost similar; however, the way they recorded and presented the details of their journeys was completely different. At that time, there were limited options of vehicles, and the available means of transport were slow, traversing through the vast Asian frontiers, which took years to arrive at their destinations.

The essay will examine the similarities and differences of travel modes employed by John of Plano Carpini, Marco Polo, and William of Rubruck using their quests. The most common ways of travelling were by caravans, escorts and individual adventures, which employed beasts of burden.

John of Plano Carpini, originally referred to as Giovanni da Pian del Carpine, was an eminent European explorer whose ancestry is widely speculated and adopted as Italian in the Pian del Carpine. John held powerful roles in the Italian ruling class and served as an ambassador for the Fransciscan Order. Apparently, he was the first European to visit the fortified palace of the great Mongolia King Ogedei Khan. John was a member of the team sent to modern Mongolia as a diplomatic expedition and missionary quest with the task to spread religion in the vast empire. He witnessed the crowning of the new emperor who rejected conversation to Christianity and asked the Pope to pay allegiance to him (Giovanni 15-35).

John began his journey from Lyon, were the Pope was based and mapped out the route of his voyage that passed through Poland. During the journey, he received support from the rulers of the lands, which he passed. His first stop was in Germany, where the King of Bohemia was based. It is worth noting that he was also a Christian and provided safe passage through Poland. The King of Bohemia gave John a letter confirming that he came with peace and was friendly to the lands, which warranted him a safe passage. Moreover, he provided John with money to cover his travel expenses through Poland and allowed his nephew to accompany John during the voyage (Giovanni 15-35).

First, the Mongols had a strong and charismatic leader Genghiz Khan, who unified  the Mongols providing their strengthening and uniting the tribe in their wars of conquest (Turnbull 130-145). The unity of the Mongols was an important factor, thus ensuring that the information did not spread to their enemies. Therefore, the element of surprise worked in their favor together with their swift and mobile military tactics. Military tactics adopted by the Mongols were fundamentally based on speed and accuracy to defeat their enemies. The horses they used were small and hardy, they could run for long distances and at a considerably fast pace.

The infantry soldiers used the horses to launch their attacks, while most of their enemies were still employing foot infantry soldiers. Accuracy of their attacks was enhanced by the short composite bows that could launch arrows to a distance of 200 yards, which was an advantage to the Mongols who used bows on horsebacks (Turnbull 130-145). The Mongols cultivated a reputation of fear and ruthlessness; when the city resisted for a long time, the Mongols were merciless with surviving prisoners of the war. The quickly surrendered cities were treated with leniency; therefore, their reputation preceded them, hence resulting in easy wars of conquest and expansion of their empire. The factor that promoted the success of the Mongol army was the fact that they were not racist. For example, when they wanted to lay siege to a city, they outsourced talent and labor predominantly from Chinese siege engineers. They were not racists considering the way they used other races as compared to their neighbors that warranted support and loyalty of the outsourced laborers. Loyalty was crucial for the success of the military strategies and expeditions that sealed all the possible rifts and mutinies.

Marco Polo was one of the most travelling western traders on the Silk Road. Moreover, he achieved a solid recognition in the trade routes of the Asian frontier (Polo, Marsden and Corbino 1-5). Living in Venice, which was a commerce capital, Marco Polo learnt commerce languages such as French and Italian. In addition, he mastered the Bible and the teachings of the Catholic Church (Lee). He undertook his first expedition at the age of 17 with his father and uncle. The first voyage of Marco was in the company of his kin and two friars. They carried gifts and a letter from the Pope to the Great Khan.

Marco Polo travelled through the vast Gobi desert. When they were arriving the Khan’s headquarters, the king sent the royal escorts in order to deliver them to his place. Marco Polo spent 17 years in the palace. Moreover, he was worried that the new king would not allow them to leave with their acquired wealth (Lee). He decided to leave after escorting the princess to her groom; however, the king did not provide full royal escort to him. Marco Polo travelled by sea back to Venice. He faced some misfortunes during his journey since several passengers died on the way. The voyage lasted approximately 2 years (Lee).

The success of the travels was credited to royal golden tablet provided by Kublai Khan, Marco Polo admitted that it was powerful and enabled him to pass through the bandit infested frontiers (Polo, Marsden & Corbino 105).  The travels of Marco Polo were well facilitated by the political assistance of the rulers that gave him safe passage during his expeditions.

VIP support ensures that your enquiries will be answered immediately by our Support Team. Extra attention is guaranteed. 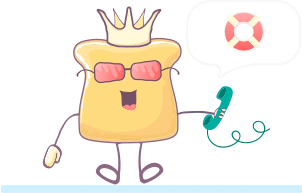 Travels of William of Rubruck

William was a Flemish Fransciscan missionary who widely travelled and reached the Mongol Empire. His accounts are one of the most respected documentations of the cultures, geography, and political setup of Asian-Mongolian frontiers. His travels were individual heavily assisted and financed by the Pope and the rulers of the territories he traversed. During one of his notable voyages, the Seventh Crusade, he was accompanied by King Louis IX of France. Moreover, he enjoyed royal security and escorts (Ruysbroeck, Jackson and Morgan 50)

. During his subsequent journeys, he followed  the royal orders that were to travel and spread Christianity. He was accompanied by an interpreter who mediated his conversations with the locals. Generally, his initial journeys were heavily facilitated by the government.

William travelled individually trekking with beasts of burden linked to carts that served as carriages for his personal effects.  His caravans consisted of emissaries from the Pope and the governments of the lands he crossed through. He was not armed, but carried the letters of introduction that vouched him as friendly and individual who travelled on the mission to preach the gospel. He did not face any hostility on the territories he passed due to the reputation of his masters that preceded him. He was one of the most trusted envoys endorsed by the King of France, whereas the vast empires had accepted Christianity. Despite the fact that some ambassadors refused to accompany him, they provided funding, escorts, food and paid for his accommodation on their territories (Ruysbroeck, Jackson & Morgan 101). His travels were primarily based on facilitations since the route was challenging and tricky for a sole traveler to venture without any support.

Reviewing the above-mentioned facts, the travel modes of the three individuals were similar considering the correspondence of their traveling dichotomy. The routes followed by the Franciscans were similar as well as the challenges they faced, apart from the route travelled by Marco Polo during his return voyage to Venice. Marco Polo travelled by sea when he was returning to Venice from China, which that took him approximately 2 years to arrive. That was the most vivid difference between William and John’s travel routes due to the fact that they travelled by land through their expeditions. The travelers employed caravans for their trips with horses and oxen as the beasts of burden. The reason was that the animals could survive in the harsh desert conditions as well as stay many days without water, which was the most important factor for the travelers.

John, William and Marco enjoyed the privileges of the royal escorts at one juncture of their expeditions. The missions were faith oriented but they were in compliance with the diplomatic causes. The travelers were tasked to spread the good name of Catholic Church as well as broaden the alliances and corporations between the West and East that were under the leadership of Khan’s dynasty. All the travelers used resources from the rulers of both the East and West. The escorts were assigned in order to warrant their safe passage in the highly volatile regions and protect them from banditry. The escorts were reinforced with well-armed infantry troops and carried enough water, medicine and food to service them through their entire routes.

Notably, Marco Polo documented having travelled alone on his return voyage from Beijing by ship. This mode of travel by Marco Polo is different from that of the other two voyagers in the sense that it lacked an escort crew because he left without complete consent from the ruler of the Mongol empire. Therefore, that makes him the most controversial of the three explorers since he lacks alibi to defend the legitimacy of his travels and findings. Moreover, he is the only one who travelled in a caravan led by his immediate next of kin.

Modes of travels employed by the Franciscans were similar to some extent as well as the routes, which they followed. The differences between the travelers were the timelines, in which the explorers lived, and their nationalities.

Expansion, Consolidation, and Administration Strategies of Empires Samurai and Economic
Get your price